Home » Knowledge Base » Can Pros Use Rangefinders

When it comes to golf, there is a world of difference between amateur and professional play.

One major difference between competitive golf on a professional level and amateur golf is that professionals have to comply with additional rules and regulations surrounding what equipment can and cannot be used.

A rangefinder is an example of a device that can cause confusion and necessitate adjustment for golfers transitioning from amateur to professional competition.

In today’s article, we’ll be discussing whether or not professional golfers can use rangefinders and what the use of rangefinders in competitive golf will look like in the future.

What Is A Rangefinder?

For anyone who hasn’t heard of or used a rangefinder for golf before, here’s a brief explanation of what this device is and how it works.

A rangefinder is a device that helps golfers to estimate how far their shot will travel and how accurate it is likely to be.

Rangefinders can either use lasers or GPS systems to indicate to a golfer how hard they will need to hit the ball.

Laser rangefinders are generally considered to be more accurate, although they are not as fast as their GPS counterparts.

Essentially, a rangefinder is a tool to assist golfers in their accuracy and limit the amount of guesswork involved on the course.

Can Professional Golfers Use Rangefinders?

While there are no official limitations on the use of rangefinders in amateur competitive golf, the rules get somewhat stricter.

Professional golfers can, of course, use rangefinders during their practice sessions, but when it comes to professional competitions, the use of rangefinders was banned in 2012.

This was because the United States Golf Association has a list of regulations for professional golf, including rule 14-3b, which prohibits the use of devices that measure distances or other conditions on the golf course.

Rule 14-3b does not apply to non-artificial tools for measuring playing conditions, such as yardage books, but the definition clearly applies to rangefinders.

In addition to players being banned from using rangefinders, caddies were not permitted to use them in professional golfing competitions, either.

The United States Golf Association did allow local committees to permit the use of rangefinders as long as they measured distance only, as opposed to other factors such as wind.

This exception was not applicable to larger tournaments but is allowed for local competitions.

However, the rules for professional golfers recently changed.

As of the Kiawah Island PGA Tour in May 2021, professional players were allowed to use distance-only rangefinders to estimate the necessary power behind a shot.

This was only permitted during practice rounds, though, and not during actual play.

Will Professionals Use Rangefinders In The Future?

Many professional and amateur golfers have expressed interest in whether the rules surrounding the use of rangefinders in professional competitive settings is likely to change in the future.

At the moment, it seems that the current regulations are likely to remain in place.

While many professional players have taken advantage of the opportunity to measure the distance to holes on the course with greater accuracy, a significant portion of players actually prefers to continue with traditional means of estimation during practice rounds.

With that being said, the regulations of professional golf are being evaluated regularly, so there’s really no telling whether rangefinders might be banned from professional competition again in the future, or whether restrictions on them will be loosened further.

What Rangefinder Do Pros Use?

According to research conducted in 2010, prior to the initial ban, over 90% of professional golf players were using a Bushnell brand rangefinder.

The continued prevalence of this rangefinder brand in professional golf has since been confirmed.

The rules concerning the use of rangefinders in professional golf have changed over the years.

In 2012, rangefinders were illegal in professional golf tournaments and championships, although there were no limits on their use in amateur golf.

Recently, the PGA Tour allowed professional players to use distance-only rangefinders in tournament practice rounds, although they remain banned during actual tournament rounds.

It seems likely that the current rules will stay in place for the foreseeable future. 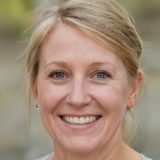