The tee shot is the most important shot in golf, perhaps aside from the putt. While it’s true that every shot you take in golf is important, the drive has come to dominate the modern game in the wake of Tiger Woods and the dominance his early driving distance exhibited over courses, tournaments, and other golfers.

It’s an immovable fact that a drive that goes further massively improves your chances of hitting the par on a hole, however, it’s much easier said than done.

This is because driving is a confluence of technique and athleticism, meaning there is a huge amount of variance in driving distance according to various factors, with age being one of the most telling outside of handicap.

Beginners and even mid-handicap players will often wonder why their maximum driving distance is so much lower than other players, and agonize over how to increase this distance to knock strokes off their handicap.

In this guide, we’re going to look at just how much of an impact age can have on driving distance averages, as well as how much of a role handicap plays before taking a look at how you can immediately improve your driving distances and start chipping strokes off your next rounds.

What Is The Overall Average Driver Distance Across All Ages?

The overall driver distance across all ages is around 219 yards. This may sound low, but it’s important to remember that most average golfers will struggle to get anywhere near the 300-yard mark, even after years of play, and as golfers age, swing speeds decrease considerably, which has a huge effect on driving distance in particular.

Typically younger players have a higher average distance, and this distance decreases by around 10 or so yards every decade as players slow down their swing speeds and start to lose athleticism.

However it’s important to note that this is simply the work of averages and statistics, and there are tons of players who drive considerable distances even into their 50’s, so don’t write yourself off or hold yourself back, as it’s entirely possible to hit well above your average depending on your own personal athleticism and technique.

In the 20-30 age bracket, the average driver distance is 238 yards. This is the highest average among all the age brackets and indicates just how important the relationship between age and swing speed is, as players are much more likely to be able to swing faster at this age bracket.

In the middle age bracket, the average driver distance is 231 yards, some 7 yards shorter than the younger age bracket. This starts to indicate that swing speed may slow slightly, but that the difference isn’t too significant and other variables and factors can play a huge role in limiting any loss of driver distance for a lot of players with good technique and athleticism.

Many professional players are in this age category and they regularly hit 250 yards or more, so age is definitely not a limiting factor at this point.

The average driver distance in this age range is some 220 yards, which is very close to the all-age average distance, making it a true middle ground in terms of tee shot performance.

220 yards is a respectable driver and if straight and accurate this is a sound distance to work with at most courses.

The difference between this distance and the prior age range is 11 yards, a marked loss in the distance that indicates swing speed starting to slow more significantly, and indicating a much slower swing speed than the youngest age bracket.

In the 50 to 60 age bracket, the average driving distance is 211 yards, some 9 yards shorter than the prior age category, again indicating a fairly consistent drop in distance and swing speed as athleticism continues to decrease with age.

At this point, the average is considerably below the lowest age category indicating that most golfers will see a larger drop in performance between their youth and more senior years.

Finally, we have the senior age range of 60+ with the slowest average driver distance of 196 yards, which is considerably less than the average for younger players and some 15 yards less than the next youngest category, indicating just how important swing speed is to distance, and just how much it deteriorates by the time a player gets into their seniority.

The average between all these distances is some 219 yards, which shows that anything over the 200-yard mark off the tee is a decent shot, as long as it’s accurate, and that anyone hitting over 250 yards is really smashing their tee shots and is actually performing way above average regardless of their age range.

This is important to note, as people look at the driving distance of professionals and wonder why their distance is so much lower, but for most players, a 250/300-yard drive is absolutely huge.

Averages Based On Handicap

The average driving distance for a player with a handicap of 5 or less is 250 yards, which may not sound anything like what professionals hit, but it’s considerable for amateur players who aren’t at the very highest level of play.

For 5 to 10 handicap players, the distance is around 231 yards, which is quite close to the average for most players regardless of age, showing just how solid this sort of distance really is.

For mid handicappers at 10 to 19, the average distance is 215 yards off the tee, which is lower than the all-age average but still pretty close to it, indicating that even mid-handicappers may not get close to the 250-yard mark.

Finally, for high handicappers at the 19 to 28 mark, the distance is 195 yards, indicating that a lot of work needs to be done on technique to unlock the sort of yardage that most players will be hitting at the higher handicaps.

For handicappers at 28 or more the average distance is 177 yards, which means that you’re likely still a beginner or have a lot of work to do to improve your technique and athleticism for golfing.

In this section, we’re going to look at how to improve your driving distance to start improving your position on the fairway and your overall scores with every round.

Aim For The Fairway

First and foremost, accuracy is the key to a quality tee shot.

While distance is important and can be impressive, it will land you in more trouble than necessary and provide marginal improvements to your score at an amateur level.

Instead, focus on getting the ball into a good position to get to the green cleanly, aiming to land in the center of the fairway.

It can be a massive help to slow down your swing speed to ensure your shots are straight enough to reliably land on the fairway, and you can also even try using smaller clubs such as woods or hybrids instead of a driver to help focus on technique and accuracy over getting the maximum distance possible.

If you are struggling for accuracy, it’s likely that your contact with the ball is inconsistent or incorrect.

Tee shots need to make clean contact with the ball and ideally, the face of the driver needs to hit the ball head-on and squarely to keep the ball moving in a straight line and avoid the dreaded fade or draw that can land your ball in the rough, in the drink or in the sand.

If you’re unsure about this, try spraying a little foot spray or powder onto the face of your club and hitting a drive as you normally would. The mark that the ball leaves on the clubface and spray will show you where you’re making contact with the ball, and why your shots may be going wildly off track.

Getting consistency here is key to unlocking the accuracy and distance you need.

Use A Better Golf Ball

Another key tip to unlocking extra driving distance is to use a good golf ball!

Most beginner balls and range balls will be a single layer or double layer balls with a relatively simple design that doesn’t give you the maximum distance possible.

Upgrading your main balls to something like a Titleist Pro V1 will add considerable distance and consistency to your drive as the ball uses a high-quality three layer design. The ball

Use A Full Size Driver

If you’re able to, using a full-size 460c driver will give you a considerable boost to your distance as well as allow you to achieve this without needing to swing quite as hard.

This type of driver is the heaviest and biggest that is allowed in competitive golf, and while there are larger drivers that can give you even more distance, these clubs aren’t legal and can’t be used for competitive play. 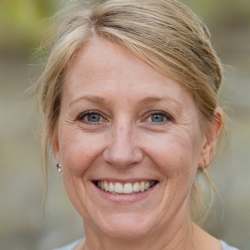 Naomi Hagen
Lead Editor at GolftLink
Hi! I'm Naomi Hagen, the Lead Editor of Golftlink. Me and Andrew met during a casual game of golf at Seminole in Florida. I've got a hcp of 5, one of my key achievements in life apart from raising four beautiful children (one is a scratch golfer!). I live with my family outside Florida and absolutely love the game of golf.